Living in Norway, I’m constantly having to navigate all those Scandinavian stereotypes. Like how Norwegians are always making fun of Swedes, but if you as an outsider try to join in they suddenly start defending them?

So when I told my Norwegian friends that I was off to Finland for a few weeks I knew not to take it too seriously when they laughed in my face. Though it also made me curious – what is the deal with Finland?

Guys, this is the deal: Finns are by far the weirdest of the Nordics

So you know those stereotypes I was talking about? Norwegians are made fun of for being filthy rich, lazy, and too attached to their skis, Swedes are said to be painfully politically correct and addicted to tanning, while Danes are teased for being loud and impossible to understand. And Finns?

I’ve heard Finns described as everything from drunks to the emo kid in the corner to sociopaths. Because yeah, I totally want to sit in a painfully hot room for an hour, thanks, Finland.

Oh, and you’re going to have to be naked

As my friend Rachel described it, sitting naked next to someone is a very effective way to remove all the barriers. But even more so, I think it lures you into a false sense of intimacy. I mean, only the people closest to me have seen me without makeup on, much less stark naked.

So sitting there naked next to your new Finnish friends you start to feel really connected to them. Like, now you really know each other. You even trust them…

And then they make you jump in an icy lake

You can’t breathe and are pretty sure you’re about to die.

Except that when you get out you’re filled with such a rush from jumping in that you want to go back in the sauna and jump in the lake all over again!

What are you doing to us, Finland?

This was moments before I jumped into that frozen lake, after getting nice and hot in the sauna! Ah, Finland, what sort of crazy have you turned me into? Seriously though, just looking at this picture now makes me shiver. It was COLD! Thanks for capturing the moment @adaras 😂

Finns show no respect for the dangers of ice

Not only will Finns happily jump in icy lakes, even swimming under the ice between ice holes, but apparently they’ll also walk up to an oncoming icebreaker like it’s not the scariest thing in the world.

DID YOUR PARENTS TEACH YOU NOTHING, FINNS?

Oh wait, this video is of your parents – or grandparents, or great-grandparents. Apparently crazy runs in Finnish blood.

Read also: 11 Really Good Reasons Why You Should Visit Åland

The Finnish language is kind of terrifying

When Finns speak to you it sounds like they’re casting some sort of (probably totally evil) enchantment. Like, even “I love you” in Finnish sounds like a spell.

Finns must be horrible at real sports, because instead they’ve made up their own Sure, Finland, and I’m the world champion of picking up napkins with my toes.

Finnish people will get you to say some really dumb things

Small talk is not a thing in Finland. In fact, I’m not really sure how much of a thing talking is in Finland.

If you’re a Norwegian visiting Finland then this won’t be a problem. You and your Finnish friend can just sit staring expressionless at each other in silence, totally comfortable.

But what if you’re American and are used to filling any silent gaps with whatever pointless chitchat you can think of? You’ll find yourself getting more and more desperate when hanging out with a Finn.

My American friend told me that during her time in Finland she told a Finn about how she used to have panic attacks as a kid where she’d run around her house tearing off her clothes, she told a Finn about that weird rash her sister gets when she’s too cold, and she even told a Finn – actually, I’m not going to share that one with the whole internet.

Hanging out with a Finn is basically like the weirdest therapy session ever. Confess all your secrets to your silent Finnish friend while sitting naked in a hot sauna, and then jump in ice water!

Read also: What to Pack for Winter in Finland

Please, no country is that perfect. Clearly Finland got the creators of these lists drunk on Napue.

Finland is how Scandinavia turns into Russia

I love both Scandinavia and Russia, but they’re also kind of crazy different. And what lies between them? FINLAND.

Yeah, just think about that. Finland isn’t even in Scandinavia

Wait, WHAT? But Finns are so blond!

And yet (most of) Finland is not technically part of the Scandinavian peninsula.

Ugh, Finland, way to fail at everything, even this list.

Have you been to Finland? Do you have anything to add?

And yes, this blog post is basically my version of a love letter to Finland – one of my favorite countries in the world (and yes, of course I wish I were Finnish). 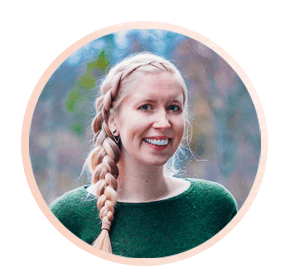